Rivercrest Park celebrated a career-first for resident stallion God Has Spoken on Thursday when he sired a treble at Northam.

All three were winning for the first time in the Avon Valley.

They follow Ghost Who Walks and Savage One who have both won twice in the last month at Belmont.

Brighid had transferred to trainer Meryl Hayley after an unplaced debut at Northam last September.  She started favourite despite easing from $2.45 to $3.90 and gained a winning advantage after Laqdar Ramoly sent her forward with a rails run on the home turn.

“All credit to Meryl,” Rivercrest Park studmaster Steve Hoare said.  “She nursed Brighid back from a fractured hind-leg and I’m sure we will be seeing more from that filly next season.”

Bred at Rivercrest Park, she’s the final foal of Cosmopolitan City (Citidancer) and is from the family of G2 WA Guineas winner Royal Retrieve (Royal Abjar).

God Has Spoken (Blackfriars) has several other promising gallopers in the pipeline and there have been encouraging reports about his unraced 2yo Speak To Me.  Trained by Ryan Hill for owner-breeder Peter Giadresco, Speak To Me is a half-brother to A Patch On Knee (Izmir) whose career was curtailed after wins at Northam and Bunbury.

They’re from Indezone (Encosta De Lago) who is a half-sister to the dam of LR VRC St Leger winner Exceptionally.  She was trained by Gai Waterhouse for Sky Racing analyst Ron Dufficy.

The first-crop yearlings by Ducimus sold to $80,000 at the Perth Magic Millions in February.  “They’re in all the leading stables,” Hoare said.  “They’re going to be forward and that precocity made them popular with trainers.”

The Ducimus half-brother to G3 R J Peters Stakes winner Freo (Izmir) was broken-in at Rivercrest Park without being catalogued for the Swan Valley.  He has been named Display Of Power. 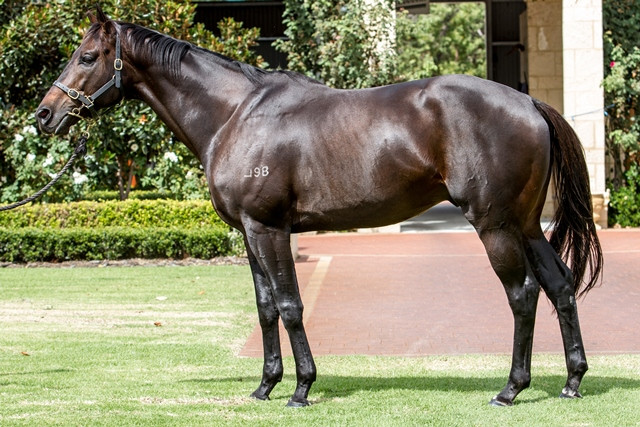