Trainer David Hayes believes Sunspeed-bred galloper He Or She could develop into a Group 1 winner next year.

The lightly-raced son of Rivercrest Park stallion Kendel Star improved his record to 8 wins from 14 starts with a devastating finishing burst to claim the $80,000 Spicer Thoroughbreds Hcp (1600m) at Caulfield on Wednesday.

“I think he’s a really good horse for the autumn,” Hayes said.  “The Australian Cup is probably a really nice race for him next prep.

“It’s a really good program,” Hayes added.  “I think Lindsay Park has won the Eclipse Stakes 12 times and it might be 13 the way this horse is going.”

Trainer Vaughn Sigley and fellow part-owners Alan and Birgitt MacAlister sold a half-share to Hayes and his clients earlier this year in a deal that valued the horse in the vicinity of $600,000.

Kendel Star, 25, is the last active son of Kenmare in Australia.  “He will cover up to 20 mares this year,” Rivercrest Park owner Steve Hoare said.  “He’s as keen now as he was in his prime.” 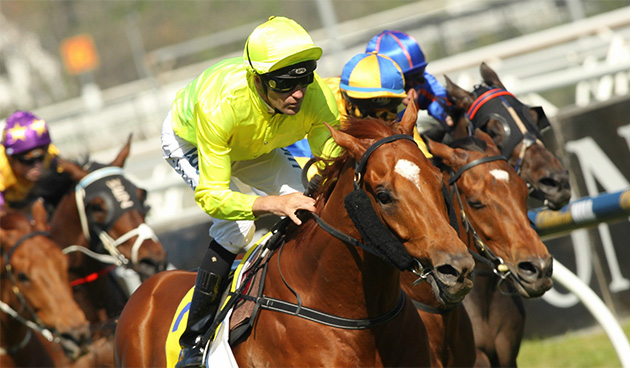 HE OR SHE
Son of Kendel Star wins at Caulfield