Kendel Star mare Bawcatme will more than pay her way in Melbourne after a promising first-up fourth at Moonee Valley on November 15.

Bawcatme (5m Kendel Star – Bawclass by Euclase) is based at Cranbourne with former WA trainer John Price.  She is a homebred for Price and part-owner Tom Percy and won races at Belmont (2), Ascot and Pinjarra from just 12 starts in the west.

The wheel has turned full circle for Rivercrest Park stallion Kendel Star.  He won his first city race at Moonee Valley and was also G2 placed in the Bill Stutt Stake at the same venue.

Bawcatme was not disgraced against some slick sprinters in the Essendon Mazda 55 Second Challenge (955m) last Friday.  She flew home to be beaten little more than a length by stakes winning mare Prettyhappyaboutit (Magnus).

Price left Western Australia after backing off to just a handful in work.  “I decided to come over here and have a go,” he said.  “I bought several yearlings here last year and some of my owners were happy to end their horse’s across.”

Like Percy who is a prominent Perth QC.  “Tom loves his football and his racing in Victoria,” Price explained.  “He was more than happy to send Bawcatme over.

“Last Friday was a starting point and she will improve on that run.  She’s usually very consistent and holds her form.”

Kendel Star got her from Bawclass who won in Perth for Price and Percy.  Her second-dam Bawcvader (Bold Invader) and third-dam Bawcstar (Cantabrian) also made the grade in town for the same partnership.

Fourth dam Belinda’s Star (Tudor Warning) won the Winterbottom Stakes and Prince Of Wales Stakes in 1975 and came back in 1976 to capture the double-double. 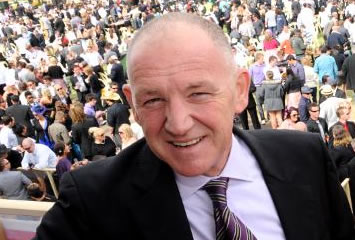