Ducimus was destined for a stakes-winning career from the day he was born at Oakland Park Stud in October 2014.

The Snitzel colt ticked that box in the LR Talindert Stakes (1100m) at Flemington and now he’s embarking on a stud career that’s sure to generate lots more black type at Rivercrest Park.

“He was a super foal and just got better every day,” Oakland Park owner Neville Duncan recalled last week.  A Snitzel serve cost $49,500 back then – a far cry from his current fee of $220,000.

That same year, Duncan also bred Snitzel colt Jukebox who won a G3 Vain Stakes at Caulfield before retiring to stand at Aquis Farm in Queensland.

Oakland Park will be forever celebrated as the birthplace of Northerly.  Undoubtedly the greatest galloper to ever emerge from the west, he won the 2000 Railway Stakes at Ascot and then went to Melbourne to win everything more than once including the Cox Plate where he revelled in the cauldron-like atmosphere at Moonee Valley.

Ducimus was catalogued for the 2016 Inglis Melbourne Premier Yearling Sale and turned heads from the moment he arrived at Oaklands.  Among the admirers was bloodstock agent Justin Behan who was on the lookout for colts with stallion potential on behalf of Orbis Bloodstock.

“I knew straight away he was the right horse for us,” Bahen said.  “He was at the top of our list.  He was full of energy and had a consistent attitude.  He was catalogued late in the sale and we must have inspected him a half-dozen times.”

Ducimus topped the Melbourne Premier at $700,000 and Bahen wasn’t surprised he faced such stiff competition.  “I thought he would make that sort of money.  I didn’t know who the under-bidder was but we went toe to toe for long enough.

“Snitzel got him from Beauty World who had already thrown four stakes performers.  I had a really high opinion of his older half-brother Hi World who I thought was a Group 1 horse.”

Blue Gum Farm owner Philip Campbell prepped Ducimus and he admitted it was a nerve-racking time before he entered the ring.  “It was a tough gig but we knew we had something special.  The number of x-ray inspections and videos of his scoping from vets meant there were a lot of buyers on him.

“It was great to get a result like that for Neville & Susan Duncan,” Campbell added.  “They are unbelievably good breeders and have had any number of quality racehorses come off their farm.  They raise beautiful products and Ducimus was a wonderful horse to work with leading up to the sale.”

Orbis Bloodstock continued its associations with the Duncans with the recent purchase of Oakland Park-bred mare Champagne Amore (Xaar).  She is the dam of recent Belmont winner Make Mine Champers.

Orbis Bloodstock stands Ducimus at Rivercrest Park for $2,750 (inc GST) with payment on a live foal.  Ducimus has been entered for the Westspeed Platinum Scheme and Rivercrest Park owner Steve Hoare can be contacted for further information on 0409 987 970. 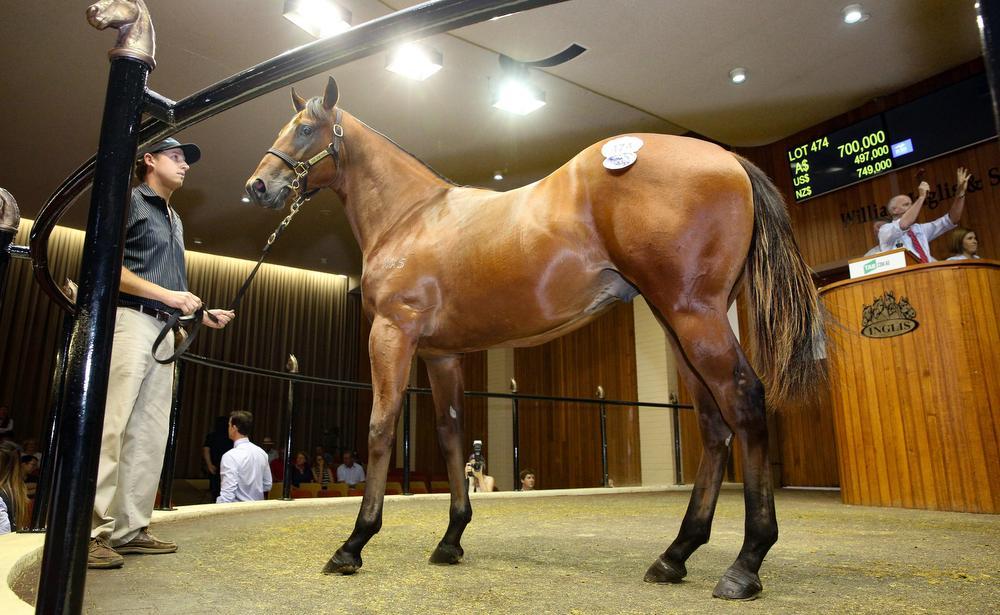