Tiff’s Lad had been beaten 27 lengths on debut at Northam in October so punters could be excused for letting him drift to $100 when resuming at Ascot last Wednesday.

Joey Azzopardi allowed the son of God Has Spoken to find his feet in the second-half of the field in the Reliable Asset Maintenance Maiden (1200m).  When given rein in the straight, he gave a lie to the triple-figure quote with a powerful finish along the cutaway-rail to defeat Vitalize (Cable Bay) and Snip Of Glory (Snippetson).

“No way he should have been that price,” trainer Sharon Miller claimed.  “He showed us a lot during that first prep but pulled up shin-sore at Northam.  He trialled well at Lark Hill last week when Al (Kennedy) sat quietly and I had something on at those odds today.

“When he settled on the fence I was a little concerned.  He needs room to move and luckily there was enough space to stretch out.  He should get further, too.”

Tiff’s Lad (Photo: Western Racepix) is a three-quarter brother to Tiff Has Spoken (God Has Spoken) who has won four races to date up to a mile for Miller and managing part-owner Ian Roberts.  “The plan wasn’t to be that far back but that’s just the way the race unfolded,”  Azzopardi reported.  “I was patient and he let down with a sharp turn of foot.”

God Has Spoken (Blackfriars) stands at Rivercrest Park and sired him from Tiff’s Special (Eyeful).  The Roberts family has the mare’s yearling filly and weanling colt by God Has Spoken at their property in Hopelands.

Trainer Liz Strempel brought up a winning double for God Has Spoken at the Ascot midweek meeting with My Mate in the Schweppes Hcp (1200m).

My Mate is a homebred for Sam Ipero and had won a Northam maiden last year for Michael Lane before changing stables.  He’s the final foal of Stellular (Startac) who won a Bunbury maiden for Peter Giadresco in March 2013.  The family goes back to Haulpak Group winners Miss Muffet (G1 Railway Stakes) and So Dashing (G2 West Australian Guineas). 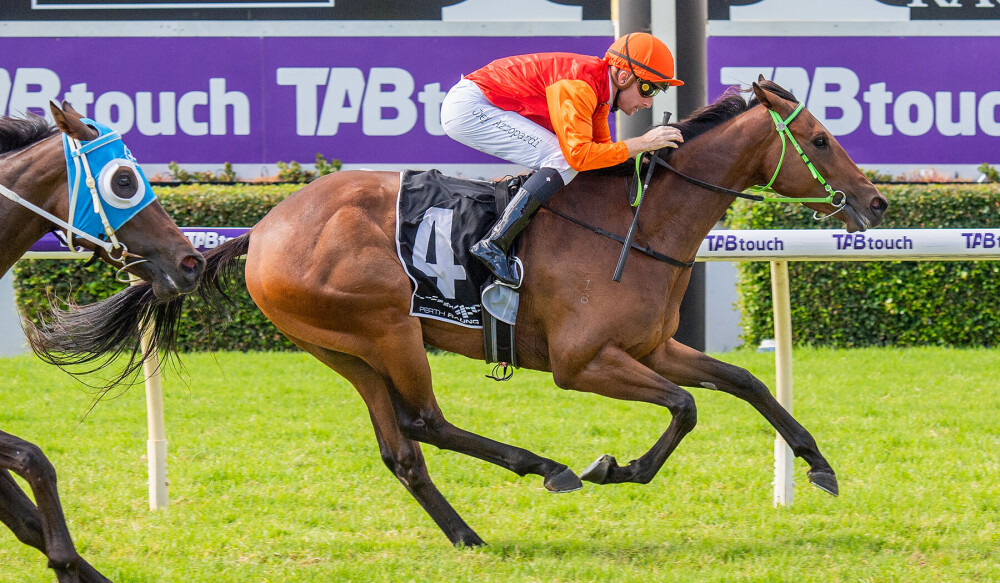